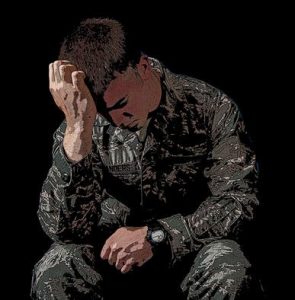 The Sound Health Institute of BioAcoustic Biology, southeastern Ohio’s only alternative research biotech company, has recently been awarded a contract with the United States Army. The objective of the collaborative venture is the utilization of Sound Health’s emerging technology to explore the potential of using frequency based biomarkers to identify and quantify Traumatic Brain Injury (TBI) and the associated Post Traumatic Stress Disorder (PTSD).

Statistics from The Defense and Veterans Brain Injury Center (DVBIC), established in 1992, recently revealed that more than 20% of the 20,000 military casualties from the Iraq war suffered from TBI and nearly 60% of soldiers who entered Walter Reed Army Medical Center from both Afghanistan and Iraq were diagnosed with TBI as either their primary or secondary injury.

The implication of this innovative study is the development of a quantitative, mobile, non-invasive identification of close proximity acoustic blast injuries and, ultimately, the restitution of normal brain function and emotional stability. The work being done by the Institute is at the forefront of a distinguishing technology that employs numeric biomarker patterns to assess, evaluate and produce outcomes that support optimal biological form and function. This new technology utilizes the premise that the body can identify and prescribe for itself using the algorithms of vocalized frequencies to accurately quantify, organize, and extrapolate biometric information.

An immediate objective of the grant is the distribution of an educational curriculum that will professionally train BioAcoustic technicians to fill this much needed gap.  Currently, Sound Health is evaluating colleges in strategic locations nationwide. Once trained these BioAcoustic practitioners will be more prepared to handle the influx of returning soldiers who need access to the benefits associated with PTSD and TBI issues which have become a military priority.

For several years, PTSD has been named as the cause of the nearly hourly suicides being carried-out by our returning soldiers. Headlines show that more soldiers are dying of suicide than did in the war itself.  The government is not doing enough to stay the horrific trend.

With this in mind, Sharry Edwards and the Sound Health Portal team are offering you a free preliminary vocal analysis - A limited time opportunity!