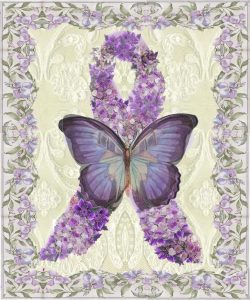 Exploratory studies sponsored by the Sound Health Research Institute have established that pain, stiffness and fatigue associated with fibromyalgia can be ameliorated through low-frequency sound presentation.

During these novel studies, eighty-nine percent of the participants reported at least a 50% reduction in pain intensity.  Many sufferers reported 100% relief during ambient sound presentation but the pain did not subside permanently.  The frequency based sound presentation needed to be repeated every four-five hours to maintain efficacy.  As a result of the requirement for repeated sound presentation, a portable tone generator was programmed which allowed for autonomous repetitions of sound outside the lab setting.

The pervasive musculoskeletal stress associated with fibromyalgia symptoms is often a debilitating and frustrating condition for both the sufferer and the wellness provider.  Even though numerous therapeutic modalities had been evaluated by a variety of institutions, fibromyalgia has remained a complex set of symptoms without a permanent cure.  BioAcoustic sound presentation work first to help the body relieve the pain and then uses sophisticated computer analysis to identify the cause of an individual’s fibromyalgia reactions.

For the majority of volunteers whose reactions were observed, accepting that a sound could allow pain to subside, even though they were experiencing the results, was somewhat perplexing. “The concept that sound has the potential to relieve pain seems far beyond what can be accepted as plausible,” stated one physician who volunteered to be part of the study.  He added that, “Even when I experienced the relief and could feel the increase in mobility myself it was still hard to trust my perceptions.”

Another study participant, Donna, admits that she had a hard time convincing herself that the results were going to maintain.  “I mean, I was in such pain but now I can jump up and down on feet that had barely allowed me to walk before.  It makes me wonder if I wasn’t imagining the pain in the first place.  Other people could see the difference in me but I still have a hard time believing I can finally have my life back,” she explained.

A spokesperson for Sound Health confirmed that skepticism is a common reaction because people have no frame of reference for what they are experiencing. He further explained that, “Most people have three issues that are difficult to overcome.  First, many of them have been told that Fibromyalgia pain is psychosomatic; second, the process they are being asked to evaluate is outside their experience; and third, listening to sounds is so non-invasive that study subjects don’t consider that sound could have therapeutic benefit even though they can admit to experiencing physiological reactions to sounds and music.”

Subjects agreed that the uncertainty, in part, was based on the fact that they were not required to actively participate in the process.  They claimed the release of pain occurred even while they were not attentive.  It seemed too easy; they simply listened to sounds and in some instances didn’t even notice the pain had dissipated until they began to move about.

When this technique was demonstrated to government officials, who are in the practice of evaluating novel techniques, it was agreed that using sound frequency in this way to deplete pain is well beyond the cutting edge of current medical standards.  To date NIH has no therapeutic category to index the outcomes observed during the course of these studies.

Because pain is such a complex neurological event, and the symptoms of fibromyalgia have no known homogeneous origin, a definitive identification and biological cure has remained elusive.  Sound Health hopes to be able to determine the underlying biomarkers for Fibromyalgia because that information is imperative to understanding the individuality of the disease.

Jane, a study participant and active real estate agent, has used the sounds for nearly two months.  She has reported no adverse effects.  Jane states that she also had trouble believing that sound could relieve pain even though she was experiencing remission of the pain along with improved mobility; especially up and down stairs.  She reported that her life had become considerably more manageable until she decided that the sound could not be responsible for relieving her symptoms.  As an experiment she quit using the sounds for nearly three days until the pain drove her back to the sound again.  Jane reported, “I still don’t know if I completely believe that sound can relieve pain but there is no denying that the pain is eliminated when I use the sound.”  Jane explained that one of the most surprising results was the relief of pain in her thumb.  Before sounds she could not touch the base of her thumb without causing pain.  Now, she explains, “the pain is just gone” but neither she nor Sound Health technicians can explain the biological mechanisms behind the relief of her symptoms.

Two participants did not respond to the documented sounds for Fibromyalgia.  In each case BioAcoustic Vocal Profiling revealed new information about the previously unfamiliar causes of Fibromyalgia. Initially the ability to use pyruvate to  clear  toxic muscles were identified; further studies showed that an overabundance of iron can also cause Fibromyalgia like pain. A software program has be developed that can BioAcoustically identify Fibromyalgia biofrequencies. It will be further developed to provide a pre-diagnostic evaluation that could be available via the internet. It is hoped that the program would potentially identify persons who may be susceptible to Fibromyalgia and other disease processes.

The number of people suffering from the devastating symptoms of Fibromyalgia is estimated to be six to ten million worldwide; causing quality of life to be jeopardized, job performance and production to be hampered.  Many people who experience stiff joints and sore muscles don’t even realize they have Fibromyalgia. They simply attribute their morning pain and stiffness to aging. 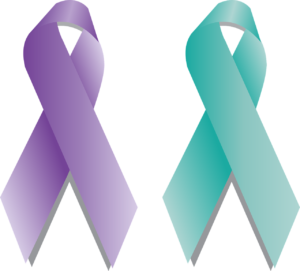 Fibromyalgia related insurance and rehabilitation costs are skyrocketing. Expenses to investigate and deal with Fibromyalgia symptoms and associated outcomes are estimated to be billions of dollars each year. If a commercially available device could be developed using the findings established by this study, it would have the potential to provide individual, non-invasive, easily affordable, portable pain relief for millions of sufferers.  Funding is the major obstacle that keeps this technology from being available to consumers.

Anyone wishing to participate in the on-going Fibromyalgia observations being conducted through the Sound Health Portal are invited to join the Community and consider uploading voice files for the free preliminary evaluation.

A broadcast video of a client’s experience with this technique can be found here.

Sound Health Research Institute, established in 1997, is a non-profit research institution dedicated to the study of the frequencies of the human voice and the effects of low frequency analog sound presentation on human physiology.  This seminal work, BioAcoustic Biology, is just now getting the attention of Ohio's government supported research agencies. BioOhio formerly (Omeris), an Ohio non-profit organization designed to build and accelerate bioscience industry, research and education has recognized that Sound Health, through the work of Sharry Edwards "has brought a revolutionary idea to the forefront of the Bioscience Community."   Omeris was established, in part, by former Ohio Senator George Voinovich; Voinovich School of Leadership and Public Affairs.